So far, XPAT has been offered in the basic version for use with freely available data. Most of the data sets were downloaded by downloading from the EPO's Open Patent Service. This mechanism was preserved for the system and is still available.

The search was carried out at depatisnet or espacenet, for example, and the documents found were then located using the publication number at the OPS (Open Patent Service) and transferred to the XPAT database. 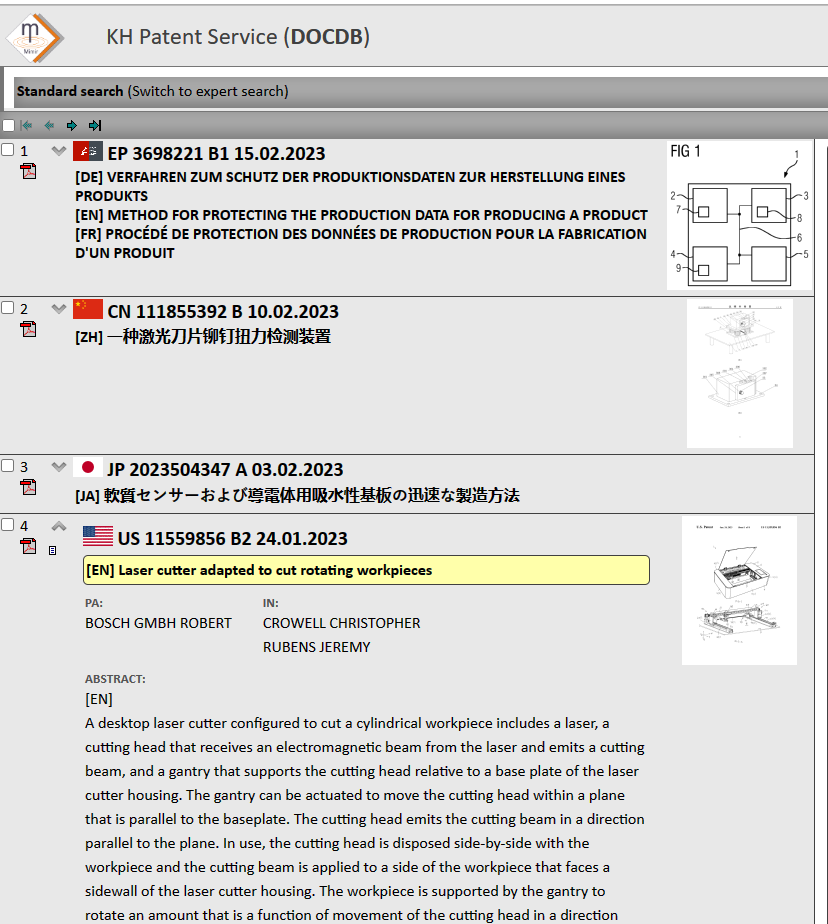 Now a complementary solution has been created for this purpose. Based on the DocDb data from the EPO, this data can now be offered in its own database. Over 128 million documents are now available for searching in XPAT. This new database can be used in two variants:

With the second option, an XPAT user is allowed both to keep his documents internally as before, to classify them, to comment on them and to have them evaluated in one or more patent rounds. On the other hand, it is possible at any time to search freely in the documents via the interface and, if required, to view documents directly on the screen, to mark interesting documents and, for example, to load only the relevant writings into the internal XPAT database.